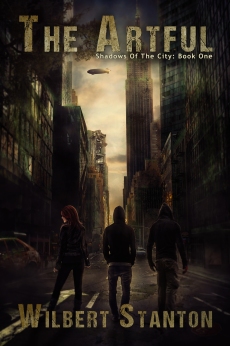 New York City, 2025: Everything is changed. The city that never sleeps is now a land of death and decay. A rampant virus has taken over and the survivors have become carriers, quarantined from the rest of the world.

Twist and Dodger grew up in the streets, the sewers and underground tunnels – their playground. They aren’t heroes. They just like attention; and stealing meds from the rich and giving them to the poor is their golden ticket.

On their latest raid, they unknowingly steal a cure that puts them square between the ailing Emperor of Manhattan and the war hungry Governor of Brooklyn and forces them on a quest into the darkest shadows of their putrefying world.

Dodger had been gone too long, not knowing where he was mad me nervous. He was too much a loose cannon on his own. Unchecked, he would always let his mischievous nature get the best of him.

“We can’t leave without him.” My stomach dropped knowing Smith might leave me no choice. I could only plead my case. Once Smith’s heart was set on something, there was no changing his mind. “You know Dodge; he’s having a laugh. But he’d never do anything too reckless―” I was lying, trying to calm Smith down. At this point, I could use all the help I could get, and I needed Smith to keep his wits about him.

“Dude, It’s Dodger! He’s the reason I stopped running with you guys in the first place, because of situations like this, he’s always asking for trouble. Hadn’t had this much stress since I last saw him.”

“Okay, yeah. He’s probably doing something reckless. But you were already here, remember? No way would he get caught.”

The door banged under the weight of a body. I ducked down behind the counter, and Smith ran over to my side. We both held our breath like foolish children. The commotion and the muffled sound of voices shocked my nerves. I strained to make out their words. The door was too thick, but it didn’t matter what they were saying. Obviously, it wasn’t anything good.

Smith eyed the window; he wanted to make a break for it. I couldn’t blame him. We both stared out as a dim ray of morning started to creep in, painfully slow, illuminating the room in a monotone gray. Smith made his way to his knees, ready for a sprint. I imagined he wouldn’t even bother with gear. He looked about madly, his eyes shifting from door to the window lingering with desperation. Should I go with him? 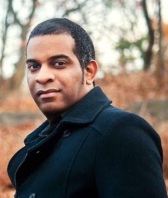 Wilbert Stanton was born and raised in New York City. From an early age, Wilbert decided he would either write books or take over the world; everything else was just a precursor to his end game. Along the way, he has studied Psychology, English, and Computer Science. He’s held jobs in a wide range of fields and met people from all walks of life. Wilbert is constantly learning and growing as a person, in order to solidify his dreams. In the end world domination was a bit tedious, so he decided to focus on writing books.

One response to “The Artful by Wilbert Stanton”